Investment works on Jahorina – 5 new installations for next season

Investment works on Jahorina – 5 new installations for next season

Jahorina, an Olympic mountain with a long tradition, this summer has  experienced the peak of infrastructural works that has marked its accelerated development over the past few years. Large investment projects that include the construction of cutting-edge snowmaking system, arrangement of ski slopes, new elevators and gondola lifts, lighting, change of visual identity were a good prelude to the longest investment period currently underway. Thanks to new projects, Jahorina welcomes the winter ski season 2021/22 with the most prepared and with the best offer for skiers and winter lovers on the mountain so far. Specifically, as many as 5 new installations are being built this summer, which will double the capacity of the ski resort, by as many as 9,500 skiers per hour.

GONDOLA POLJICE – The largest project is the most modern gondola at the busiest location at Poljice, with the latest technology, lighting effects, the modern cabins and an increased capacity of 3,600 skiers per hour. Its base and exit station will be designed by the famous Italian designer brand Pinifarina. All points of sale and other accompanying facilities will be located at the base station, and the exit will be  warmly connection with the Olympic Bar.

SIX-SEATER LIFTS RAJSKA DOLINA AND OBUĆINA BARE – Works on the construction of two six-seater lifts are in progress, works on the construction of six-seater at Rajska Dolina whose capacity will be 2,400 skiers per hour are already in an advanced stage. It is also planned to transfer the installation of a six-seater Poljice with a capacity of 2,400 skiers per hour to the settlement of Trnovo, where works on the terrain are currently being carried out. This part of Jahorina also gets new ski slopes that will be covered by a snowmaking system. 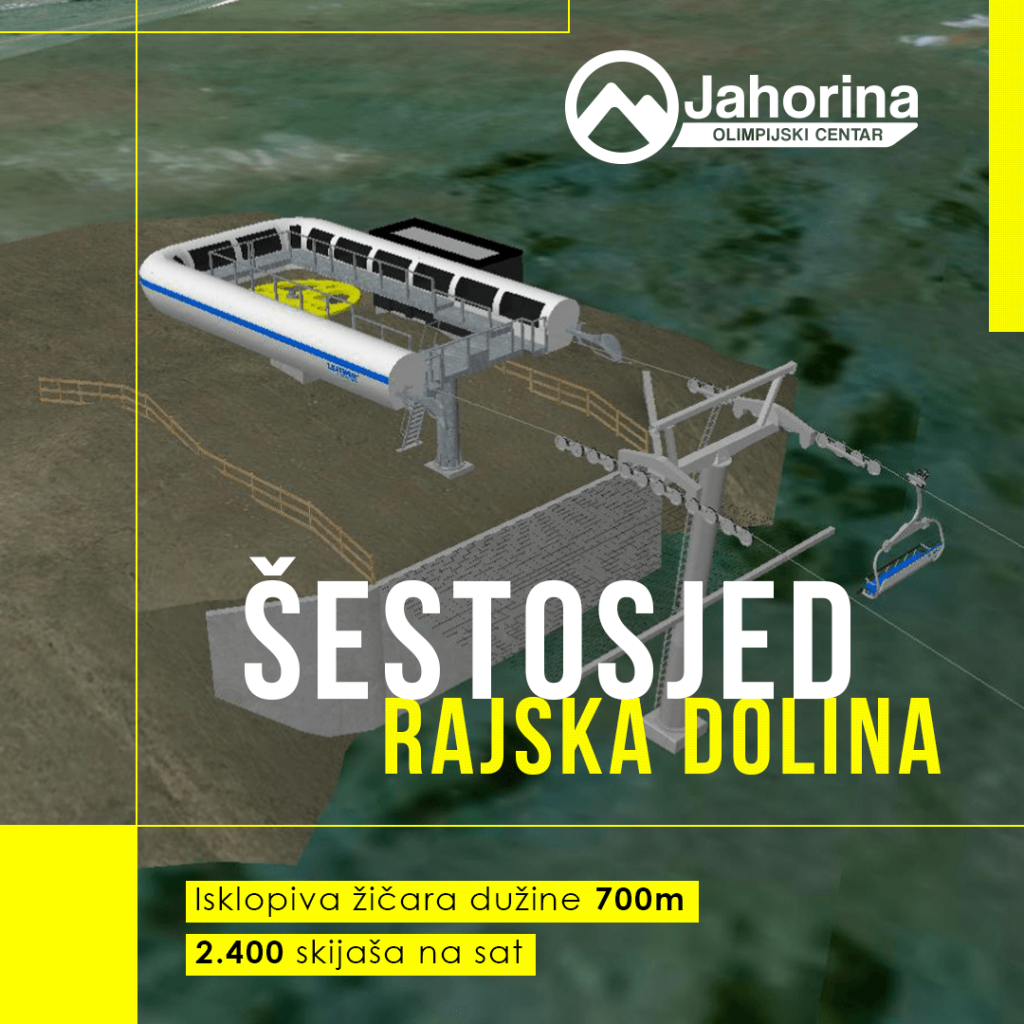 TWO SKI ANCHOR LIFTS – The most beautiful part of Jahorina, the famous Rajska Dolina will be completed with two more ski lifts, called Javor, which will transport skiers all the way to the downhill base station  where the Olympic competition was held in 1984. The capacity of these two installations is a total of 1950 skiers per hour. 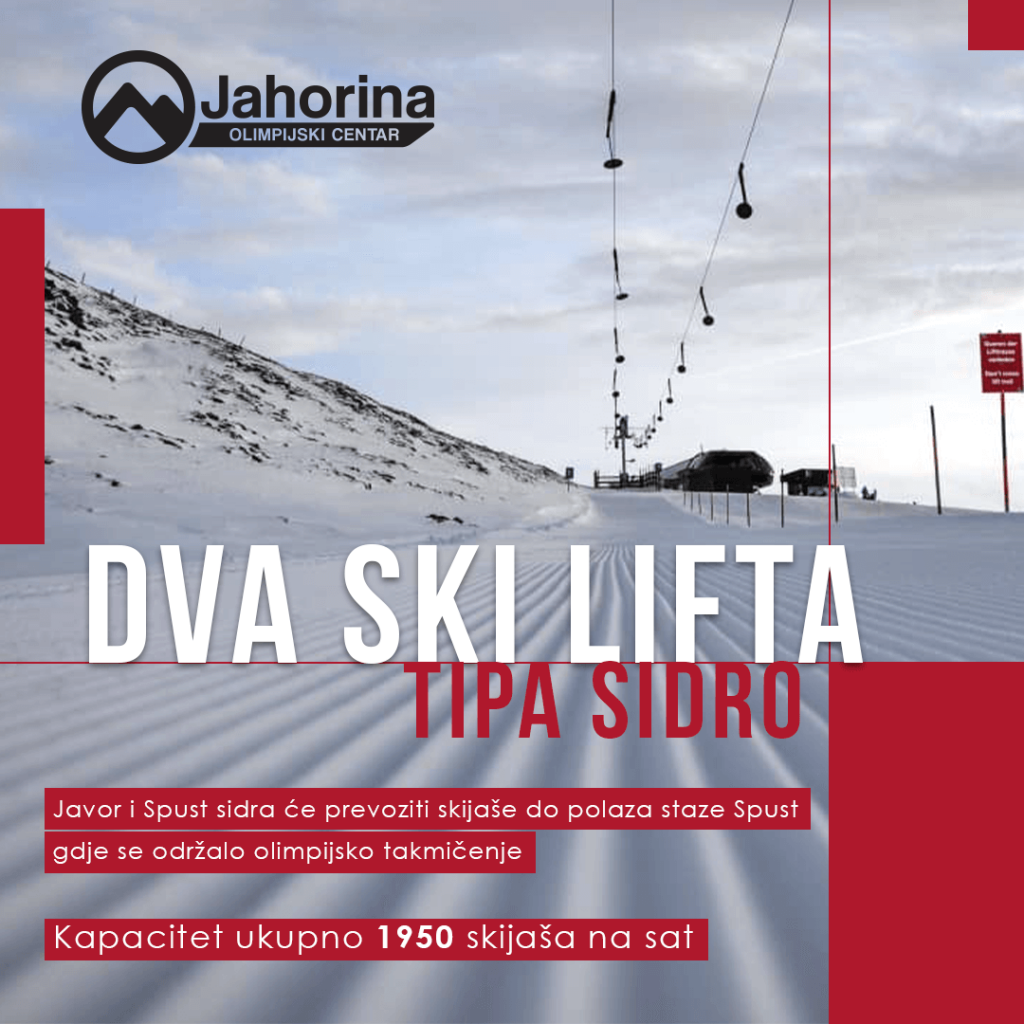 ARTIFICIAL SNOW MAKING SYSTEM ON 7 KM OF SKI TRACKS – The already existing Technoalpin snow system gets its upgrade on 7 km of ski slopes. A total of 29 devices are planned to be installed, of which 15 launchers and 14 snow cannons. With the implementation of this project, Jahorina will have a total of 18 km of ski trails covered by an artificial snow making system. 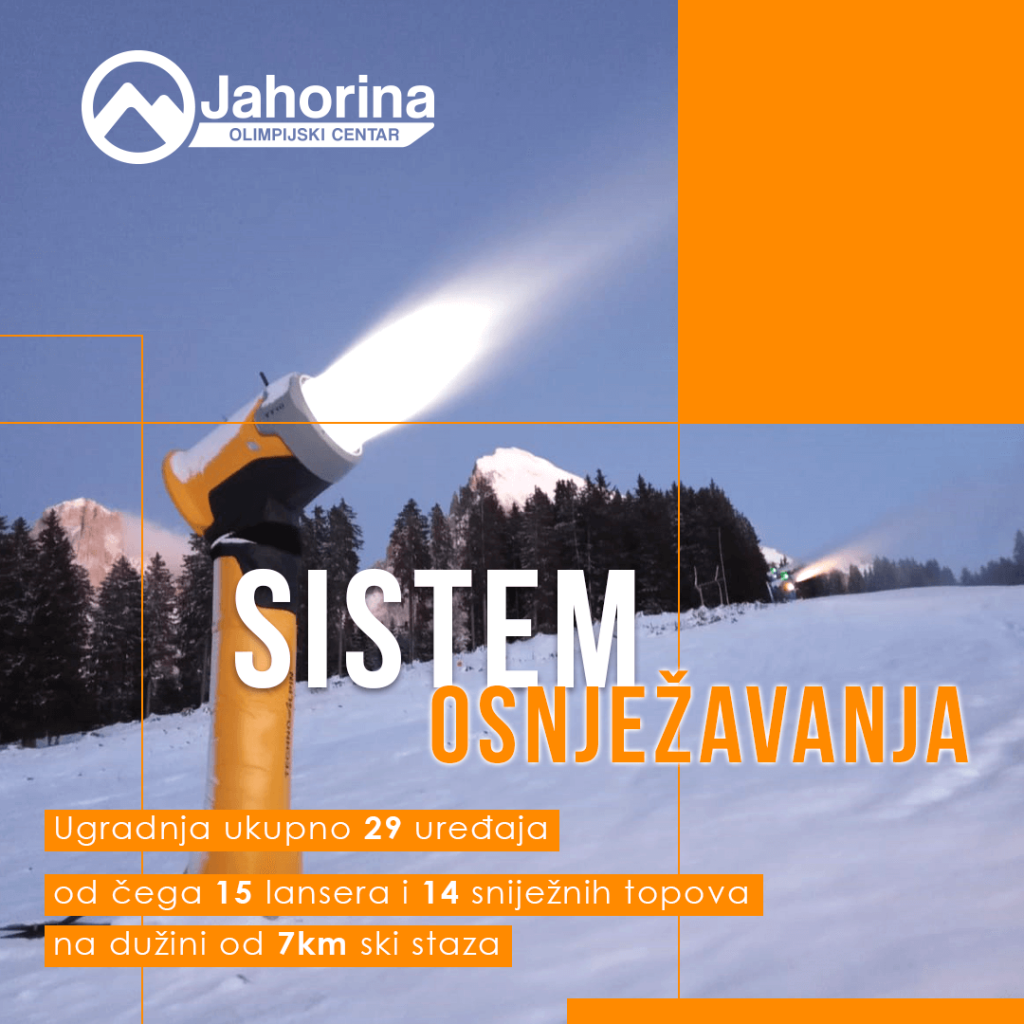 LIGHTING OF THE SKI SLOPE NOVAK ĐOKOVIĆ – The only mountain that received the privilege of having its ski slope named after the best tennis player Novak Đoković. Fans of night skiing will surely be happy with the project illuminating this ski trail, Novak Đoković, 1,000 m long, which will further expand the offer of night skiing to a total of 5 km. 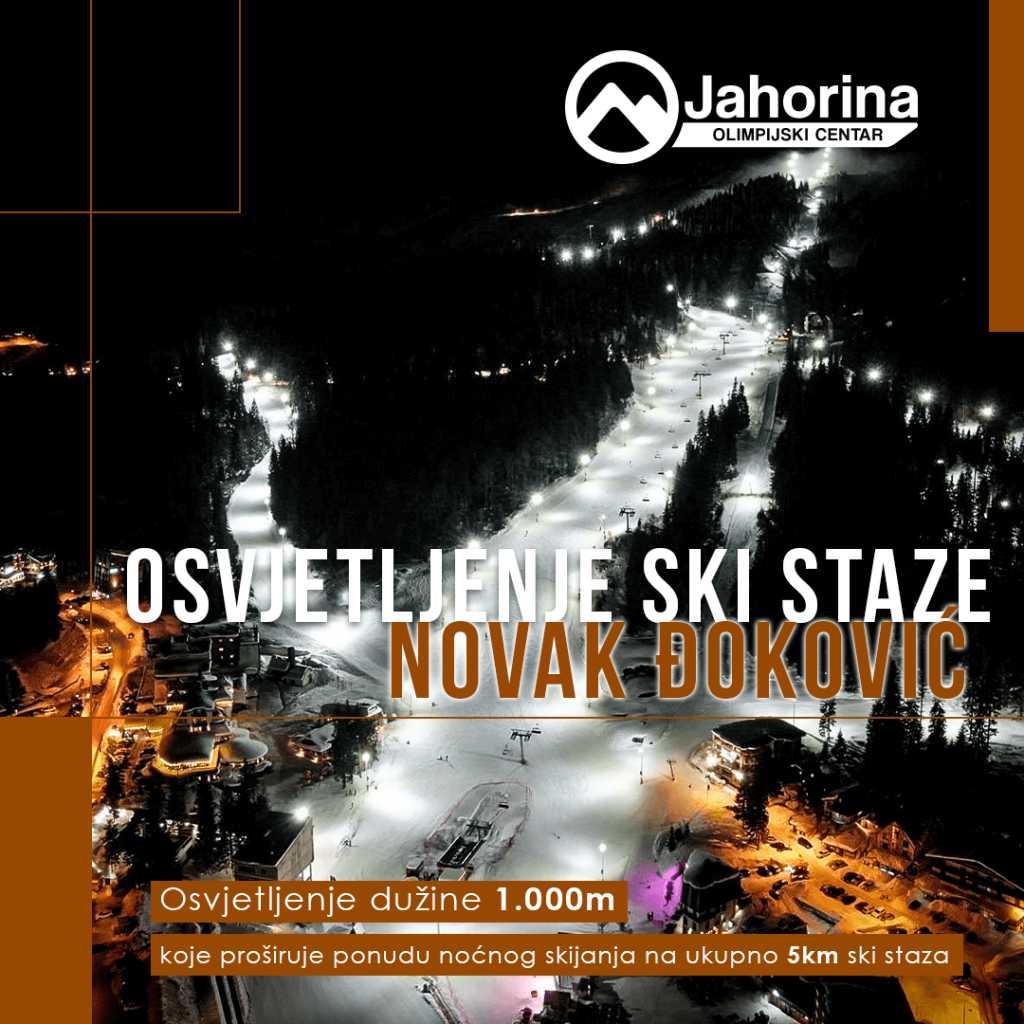 MODERNIZATION OF THE TWO-SEATER LIFT OGORJELICA – The departure and exit station of the famous two-seater Ogorjelica, which is the biggest reminder of the Olympic period, will get a new modern look. The appearance of this project is already provoking great reactions and a lot of positive comments. 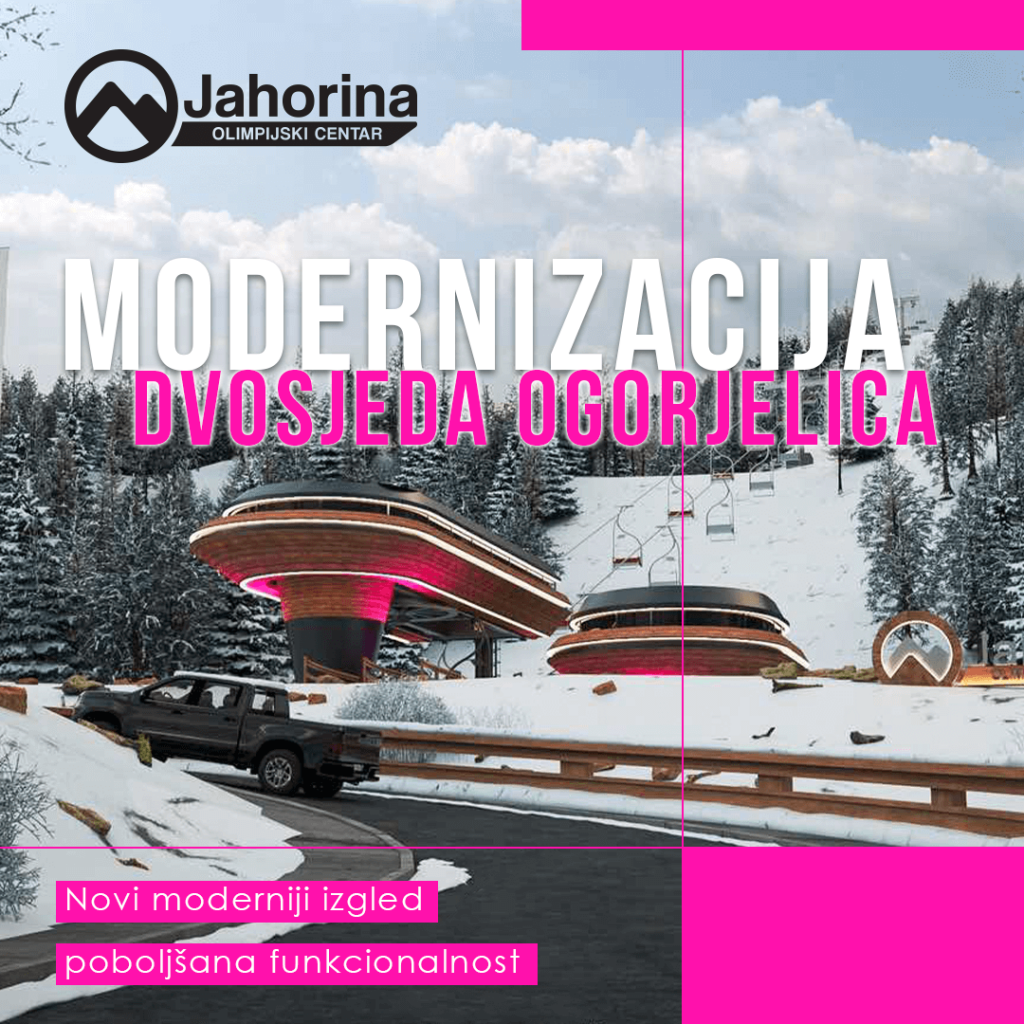 EXPANSION OF THE CATERING FACILITY OLYMPIC BAR – Catering facility known for the best gastronomic offer located at the very top of the mountain, near a large lake gets a new terrace with the most beautiful view of the mountain peaks. The terrace of the Olympic Bar expands by 400m2, on two floors, with another kitchen and all the accompanying elements. In its renovated ambience Olympic Bar will be able to accommodate a much larger number of mountain lovers.

Despite large investments and infrastructure projects, this mountain attaches the greatest importance to its guests, the policy of the best price-quality ratio has been maintained and forms the basis of the business of the Olympic Center Jahorina. The advantage of this Olympic mountain in relation to other ski centers is certainly the proximity of the city of Sarajevo and the international airport, which is located only 30-minute drive from Jahorina. 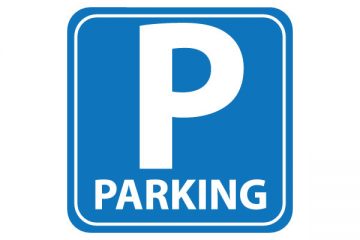 Parking fees in the summer season of 2022 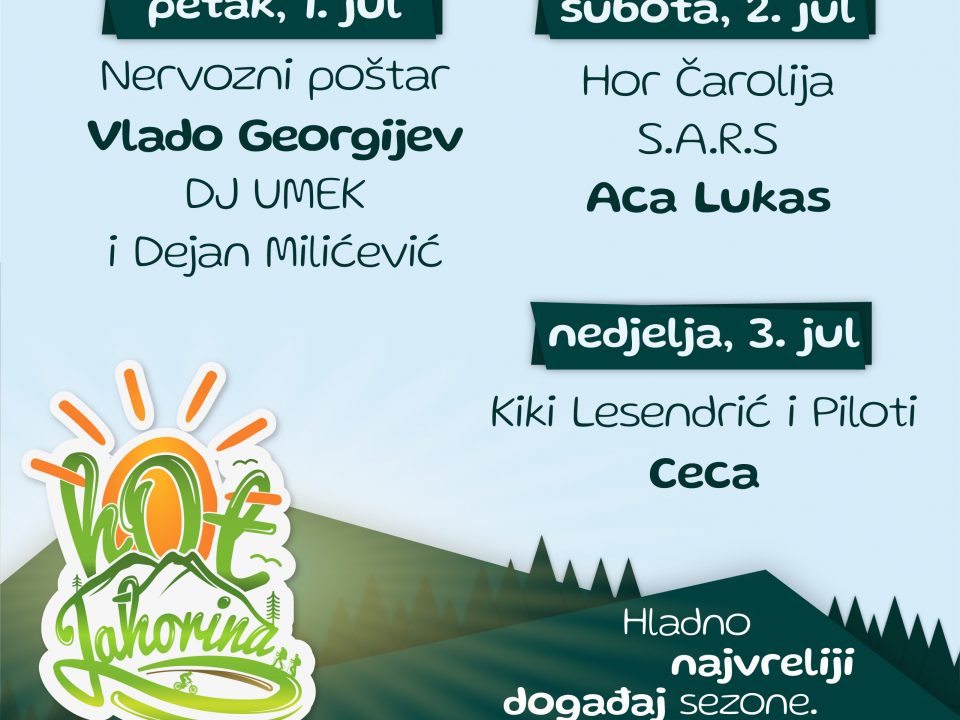